Vernon Peeples  became the first recipient of the Charlotte County Foundation's Lifetime Achievement Award this past week.  At a banquet honoring Mr. Peeples, Master of Ceremonies Jimmy Dean, publisher of Harbor Style Magazine, noted that "it would be impossible to capture Peeples’ life in so short a time because of all his accomplishments."

Mr. Peeples’ ancestors arrived in the Punta Gorda area in the 1830s.  The fourth generation member of  his family to serve  as a Florida State legislator, Mr. Peeples began his political career as a page in the Florida Legislature when he was only 11.  He served in the Florida House for 14 years.  His many accomplishments included initiating  important transportation legislation and extending the community college system in Florida including bringing Edison College to Charlotte County (now Florida Southwestern State College).

Former state legislator Mary Figg, a colleague of Mr. Peeples in the legislature, talked about  the “Vernon Effect” noting that when  she "met this modest man, who was very soft-spoken and shy, I  said to myself, ‘Oh, this poor fellow, he doesn’t have the right stuff to get it done."  "Well, I'd been just been hit by the ‘Vernon Effect. He had leadership, tenacity, integrity, and was a man who could deliver on his promises."

Ed Wotitzky noted that Mr. Peeples’ greatest contributions were in education, where he almost singlehandedly spearheaded the funding to have Florida SouthWestern State College, the former Edison State College, build a campus in Charlotte County.  He also pointed to Mr. Peeples role as historian for Punta Gorda and lauded the collection he has maintained on area history.

Gene Murtha, President of the Punta Gorda History Center, thanked Mr. Peeples for the contribution of his massive local history collection to the Center and noted that progress was being made to establishing a permanent location for the collection at County building on Grace street. 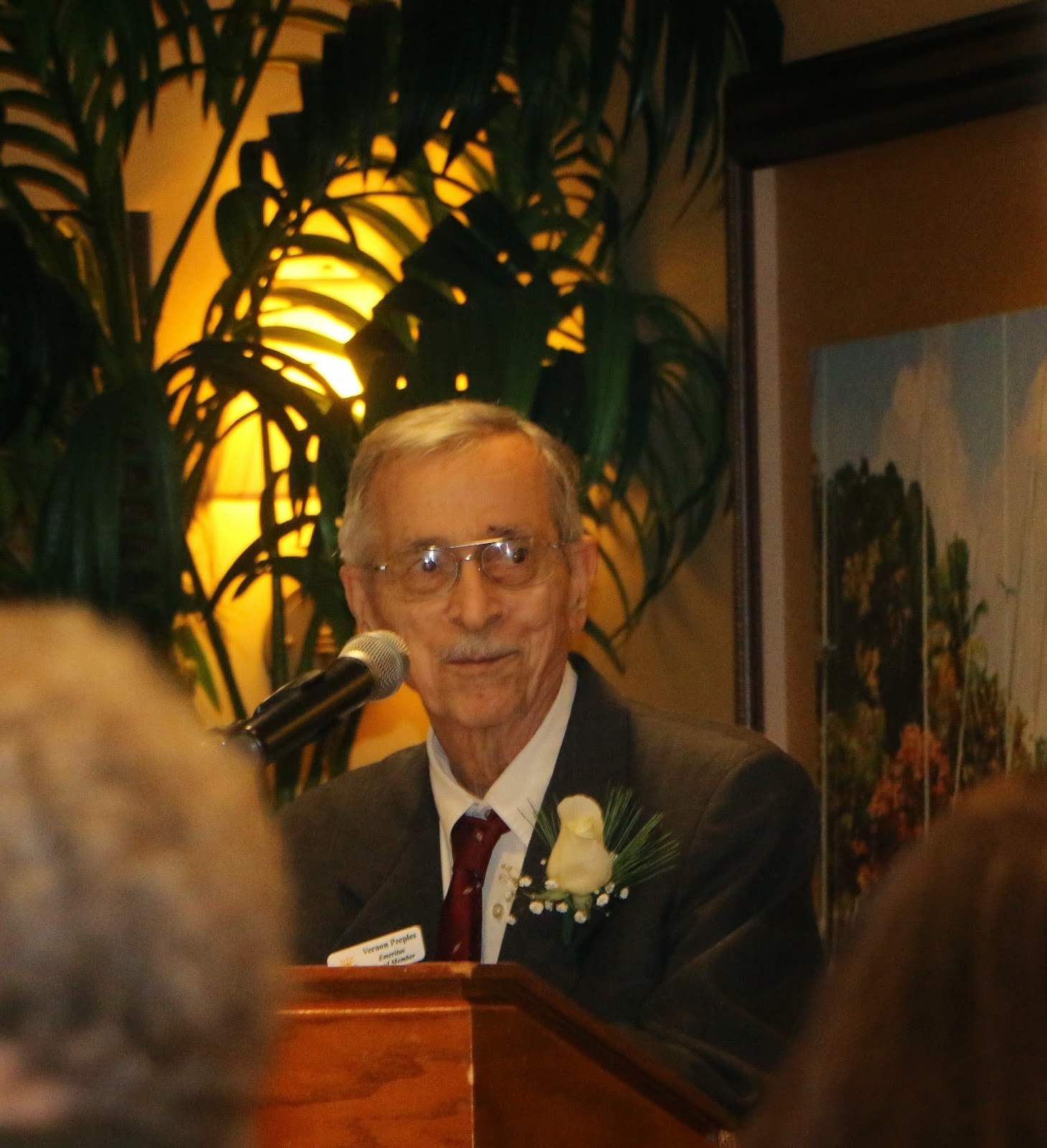 Mr. Peeples talked about the importance of education, stressing "Democracy can’t survive without educated people.” During his remarks he also spoke fondly of his wife, Edna Jane, who recently passed away.   He called marrying her the greatest accomplishment of his life. 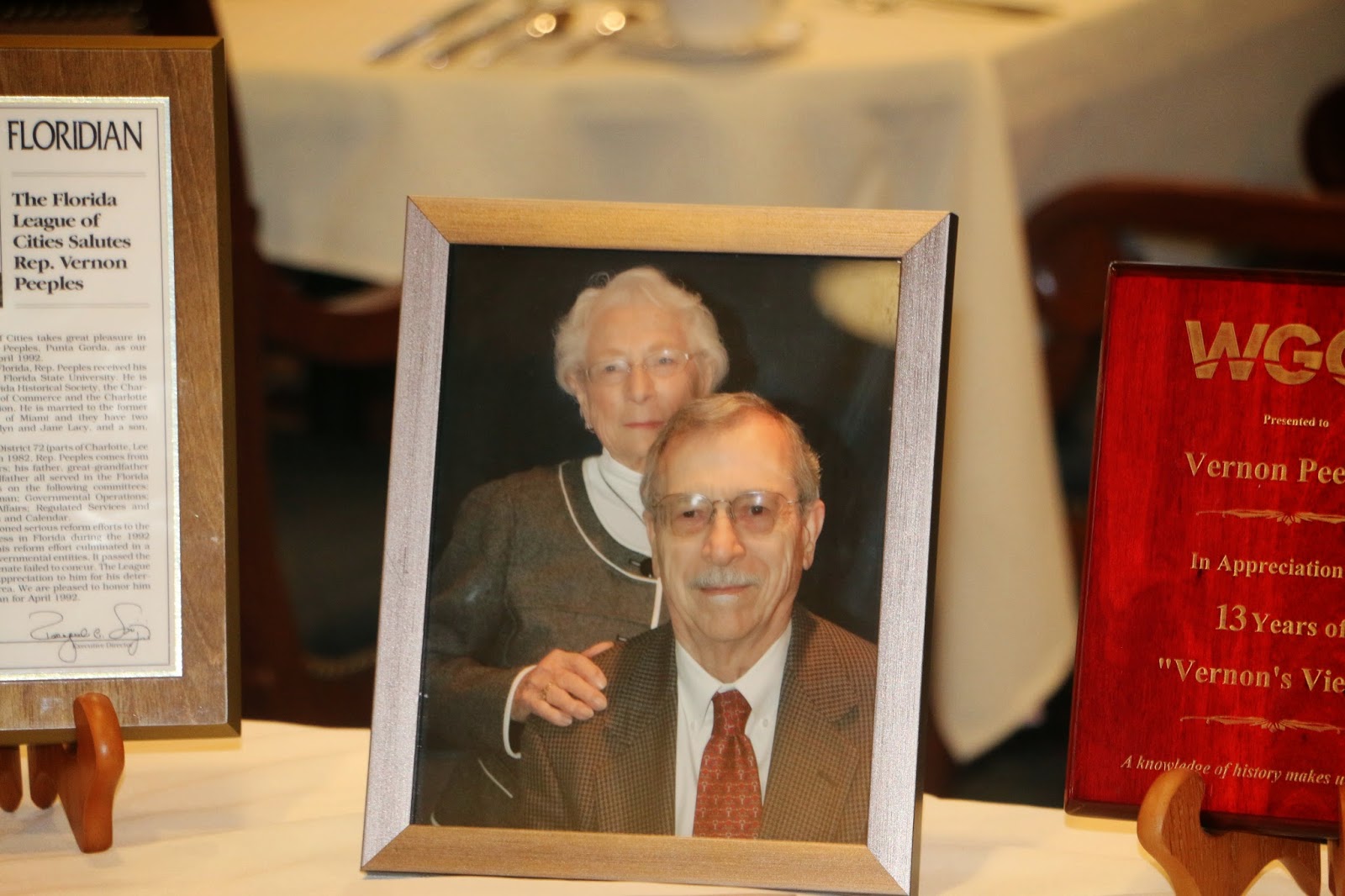 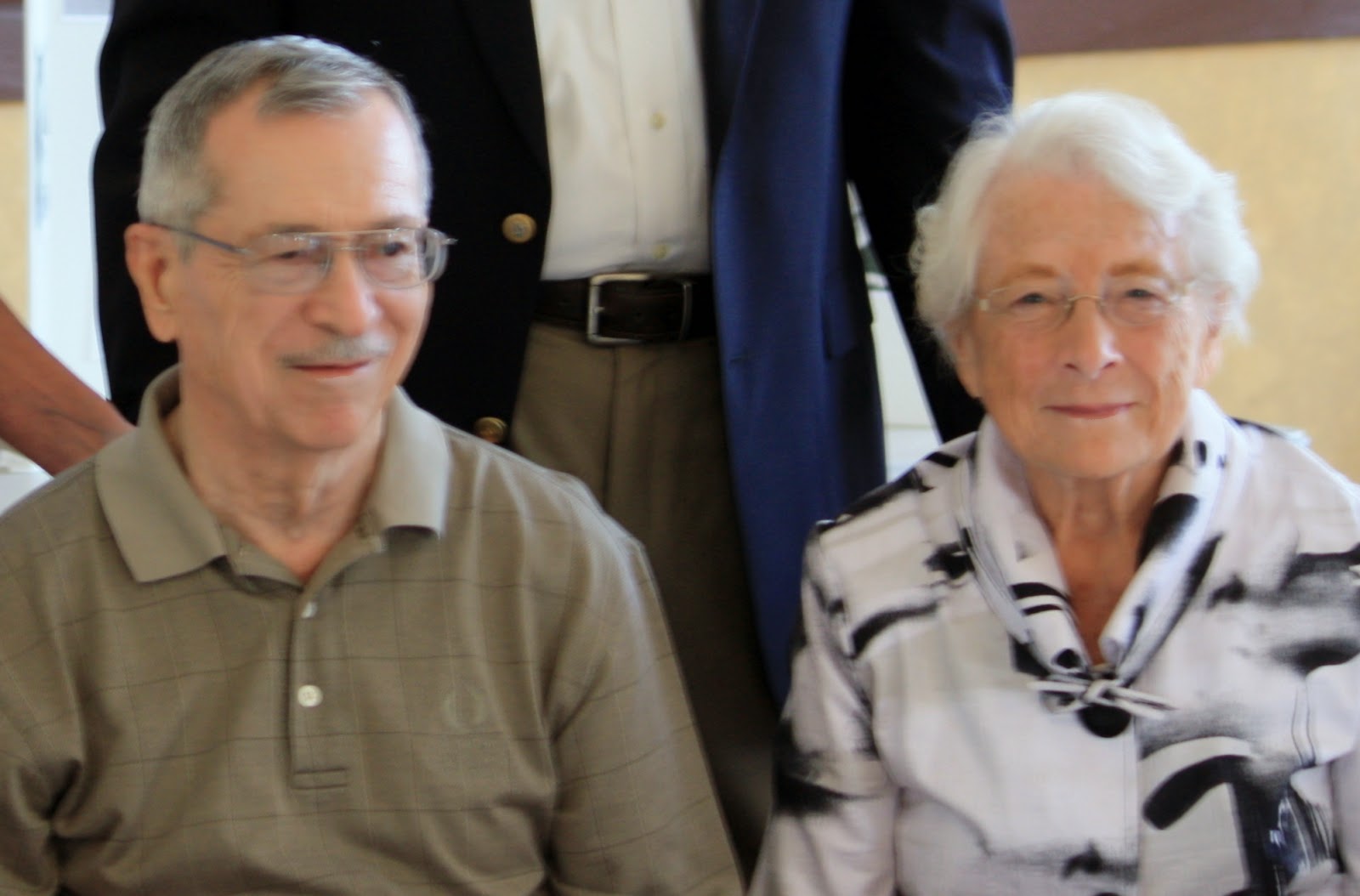 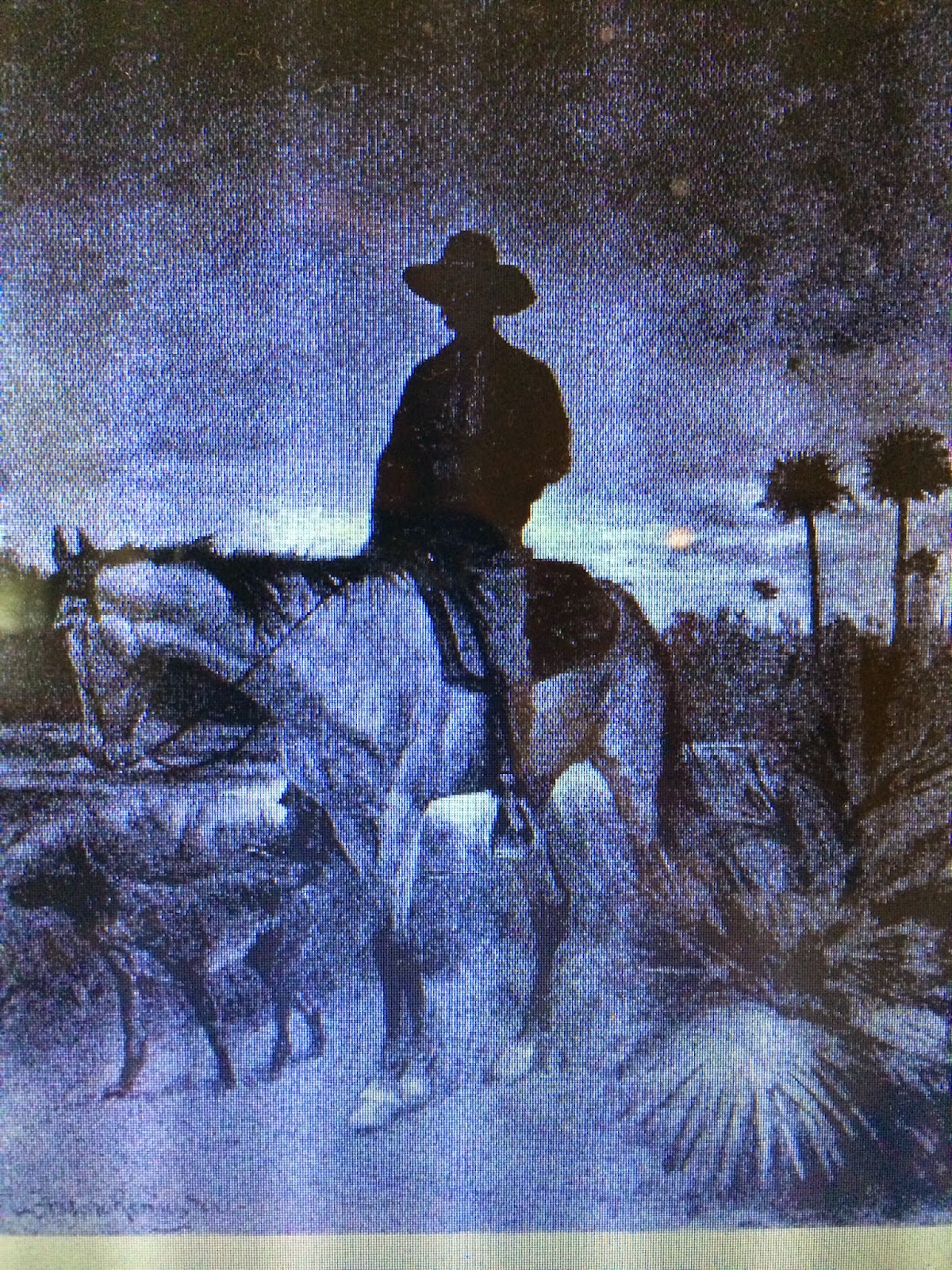 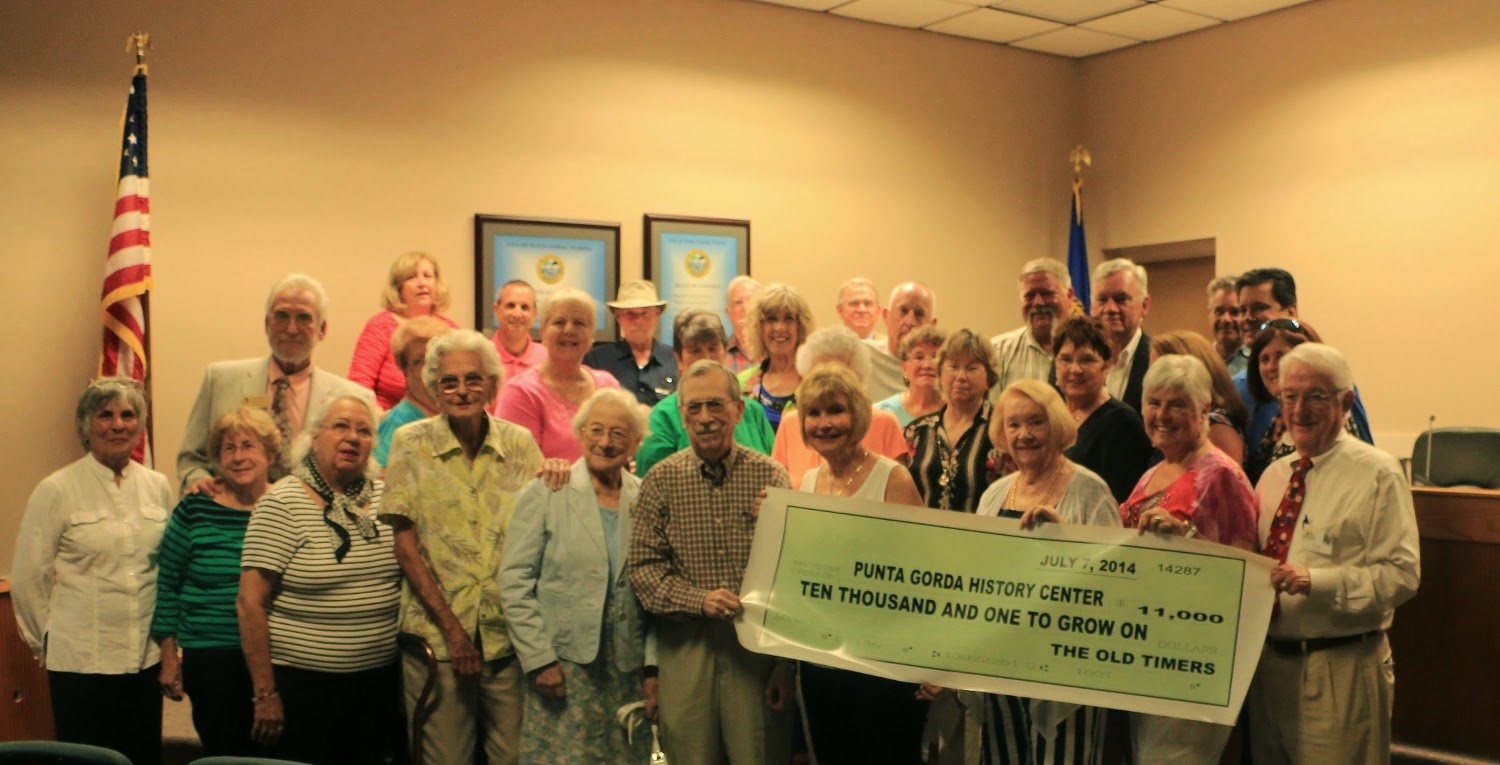