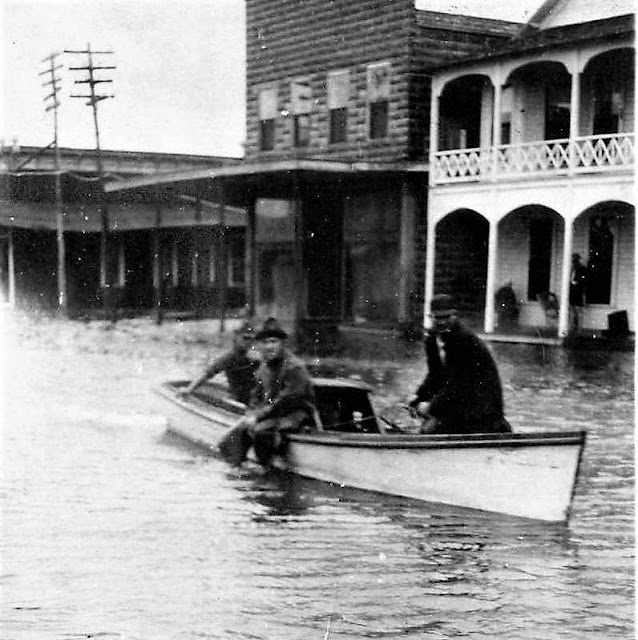 History evolves every day.  And now another powerful storm has impacted our area and inscribed itself on our historic records.  Although Punta Gorda was spared the damage other local communities have experienced, we did deal with the trauma of threatening winds, potential life-threatening surge and evacuations.   We witnessed our harbor roll out to sea and our downtown flood with deep water.

It's important to keep records on what has happened here -- the bad and the good.  Therefore the History Center is requesting that you help us document and preserve a record of this hurricane.  If you took pictures during the storm or of our main streets during the storm, we request that you share them with us.  We will put them on our History cloud and preserve them as part of our community memory.

See above the photo of a Hurricane that impacted Punta Gorda years ago.
at 12:08 PM 0 comments

Email ThisBlogThis!Share to TwitterShare to FacebookShare to Pinterest
Labels: Hurricanes 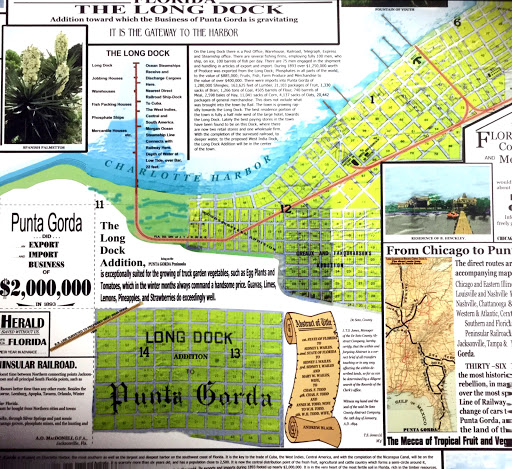 After Isaac Trabue convinced the Florida Southern Railroad directors to locate its railroad down the east side of the Peace River, track was extended along what is now the linear park in Punta Gorda to beyond the original town of Trabue.  The railroad company envisioned the town which became Punta Gorda in 1887 growing further west and actually had plans for extending the track towards yet another dock.

The Long Dock which was located near where the Isles Yacht Club is today had a telegraph office, a post office, several fish companies, stores and facilities.  The dock  extended out into the harbor where the water depth was 12 feet.  In October of 1887, the steamer Hutchinson of the Morgan Line arrived at the Long Dock, and for the next nine years, every Friday Morgan Line Steamers left the dock for New Orleans,  and every Saturday for Havana and Key West.

The Charlotte Harbor Beacon described a steamer at the end of the Long Dock in December of 1887 with passengers in their "quaint travelling suits promenading up and down the great dock" as they waited eagerly to board the boat for New Orleans.

The Long Dock made Punta Gorda a seaport and for eleven years it was the heart of the new City's commerce.  Then in 1897, Henry Plant, who had purchased the railroad, wanting to eliminate any competition for Tampa, removed the rails from the long dock and terminated his railroad near the Hotel Punta Gorda where there was only five feet of water.   The era of Punta Gorda as a seaport ended. 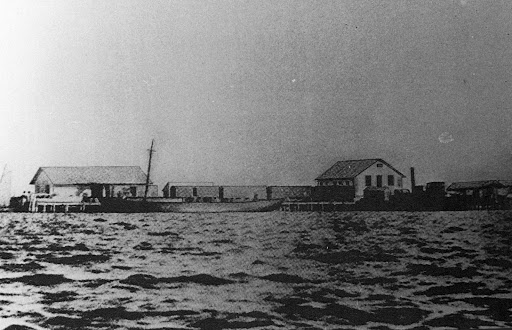