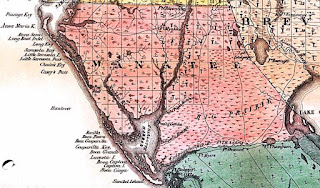 Luna the White Owl had twin in Punta Gorda 100 years ago.


Luna, the leucistic screech owl ambassador for the Peace River Wildlife Center, isn’t the first white owl to be seen in Punta Gorda. As reported in the April 2, 1914 edition of the Punta Gorda Herald “a white owl was found in the store yesterday.”  It was placed in a wire basket covered by an old coat to keep the light out during the day. Many people stopped by the store to view this odd looking owl.

“Yesterday” happened to be the first of April and some who were skeptical did not take advantage of the opportunity to view the peculiar exhibit, expecting it to be an April Fool’s Day prank.

The white owl was released from the cage at night-fall despite the fact that someone had suggested having Mr. Kinsel, the taxidermist, fix it up for a place in a local museum.

We can now imagine Luna as part of a 105 year long line of Punta Gorda leucistic owls.

Florida during the Revolution 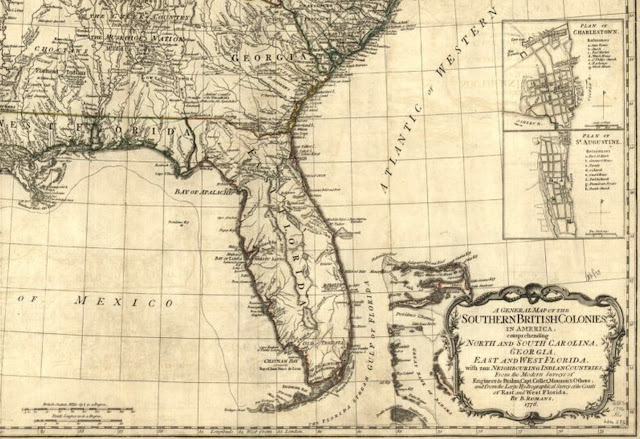 After two centuries of Spanish rule, the British took control of Florida in 1763.  Spain lost Florida to the English in exchange for Havana and Manila, which had been occupied by the British.

In an attempt to bring settlers to East Florida, the British offered land grants to settlers who would come to farm and also defend the new British territory.  Many British brought enslaved Africans  with them to work the farms.

At the time of the American revolution the British had 33 entities in the Americas they considered colonies, including the 13 that were part of the rebellion.  Most of them were in the Caribbean and approximately sixty percent of their military were stationed there to protect their sugar interests extremely important in the global economy of the time.

Florida was fiercely defended by the British during the Revolution as a stronghold against the perceived sedition of the colonies north and concern of rebellion spreading into the Caribbean.  The East Florida colonists who had only recently been given lands were very loyal to the Crown when the  war broke out.  They also invited loyalists from the northern colonists to relocate in East Florida.

George Washington was well aware of Florida’s  strategic significance.  He authorized five separate invasions of East Florida between 1776 and 1780.  During a series of battles from 1779 to 1781, Spain was able to recapture West Florida from the British.  When the American Revolution ended in 1783, England losing interest in the colony returned East Florida to the Spanish to keep control of Gibraltar.

It is said that Charlotte Harbor got its name from the British, renaming what was Carlos Baie to Charlotte Harbour for the wife of King George the 3rd.

Florida became a United States Territory in 1821, and was named a state in 1845. 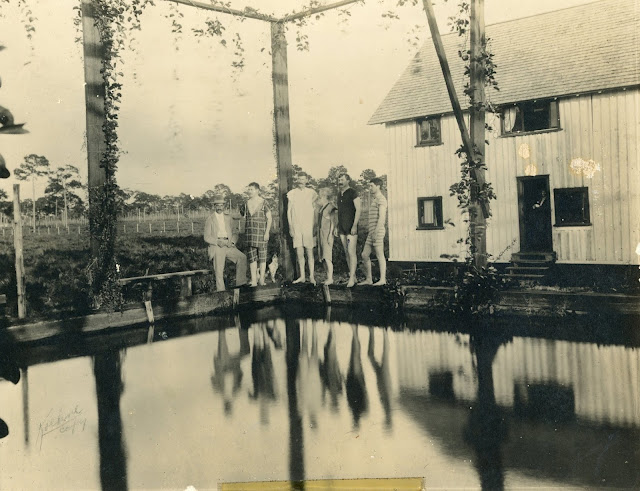 Giant swimming pools are not a novel lure to this area of Florida. The earliest one was built by Punta Gorda’s founder at the early dawn of the town –  between the late 1880s, early 1890s. Punta Gorda's first swimming pool was constructed by Isaac H. Trabue at 30 feet X 60 feet and 5 feet deep. It was located in a 1. 5 acre park located in block number 49, which was between Olympia and Virginia and Chasteen and Berry.


Filled with sulphur water, the pool was advertised as a fountain of youth by the company selling land here. The Florida Commercial Company, the real estate arm of the Florida Southern Railway, called it “the most delightful bath in the world.”

The bathers in the photo are from left to right:

Another huge swimming pool was constructed in the 1920s. After Barron Collier bought the Hotel Punta Gorda (renaming it the Hotel Charlotte Harbor).  He extended the property by dredging a yacht basin on the Charlotte Harbor side of the hotel. On the reclaimed land, he constructed a swimming pool along with his tennis courts and a beach front. Late at night and in the off-season local Punta Gorda kids would go swimming in the hotel pool.
at 8:43 AM 0 comments