The Bridges to Punta Gorda - a Brief History 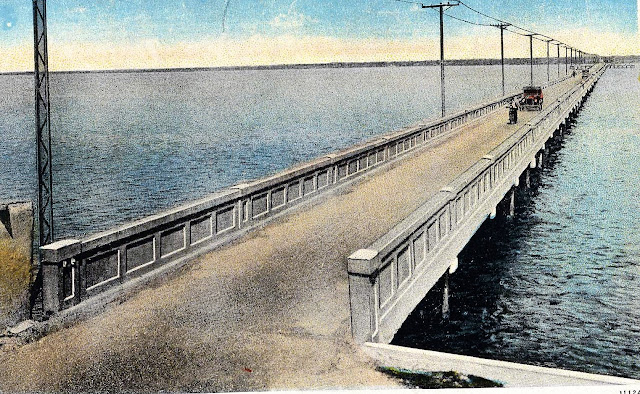 As best as we can determine, here is the history of the bridges over Punta Gorda's harbor.

The  postcard above shows the oldest bridge over the Peace River. The bridge was built across the Peace River in 1921 to accommodate the Tamiami Trail being constructed and was known as the Charlotte Harbor Bridge. It ran from Live Oak Point in Charlotte Harbor on the north bank of the river to Nesbit Street in Punta Gorda (near where the Laishley Marina is today). After the Tamiami Trail opened in 1928, it was determined that this bridge would not meet the needs of the road because of its poor construction and narrow lanes.


Barron G. Collier, who owned the Hotel Charlotte Harbor (formerly the Hotel Punta Gorda), was one of the main proponents of building a new bridge. Work began on the original Barron Collier Bridge in December 1929s, built a block east of the Charlotte Harbor Bridge at King Street (now 41 North) (right next to Collier's hotel). The construction of the bridge necessitated the demolition of the Atlantic Coast Line Railroad’s dock at King Street, as well as its original passenger depot. That is when the railroad built the Punta Gorda Depot on Taylor Road, which still stands as a museum and antique market. 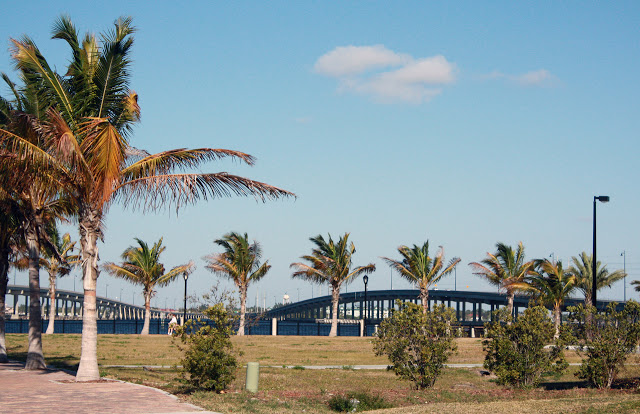