The Story of the Ice Made at Berry Street 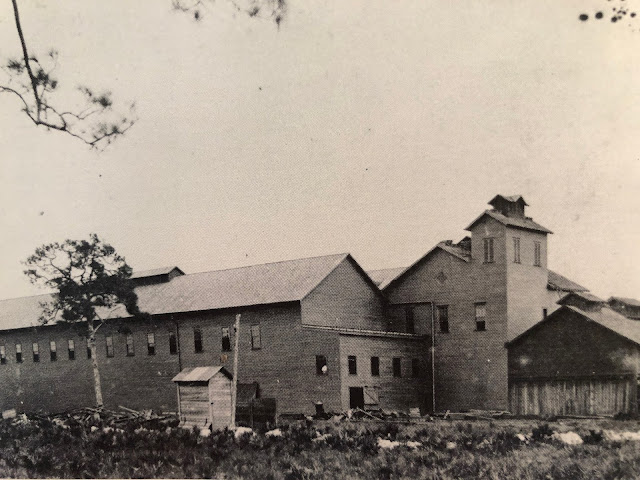 In around 1891 the enterprising founder of our town, Isaac Trabue, saw another way to help fund his retirement.  He opened the first Ice Factory designed to enable the delivery of fish north.  It was a steam-based plant located near Virginia between Berry and Shreve St.  The Florida Southern Railway ran through the area and onward west to the Long Dock which was located off the land where the Isles Yacht Club is today.  When you walk along the linear park in Punta Gorda, you are essentially on the beds where the railroad once ran.

The plant turned out about 15 tons of ice a day, but only during the fishing season. Ice was slid down a shute to fishing boats that unloaded their catch over ice onto wagons where it was hauled back to the factory.  There it was packed onto box cars (on a railroad spur) for shipment on the Florida Southern Railway heading north from the Long Dock.

Unfortunately for Trabue in 1895, a group of local businessmen organized another company, the Punta Gorda Ice and Power Company, that would be open all year, produce more ice per day, and be most importantly priced cheaper.  Townspeople thought that Trabue’s price for ice was exorbitant.  To make matters worse for Trabue’s plant, Henry Plant had fully acquired the Florida Southern in 1897 and his main business interests were in Tampa.  He pulled up the track leading to the long dock leaving Trabue’s plant stranded.

Not to be undone, in 1902 working with a group of investors from Philadelphia, Trabue opened with them the Consolidated Ice Manufacturing, Refrigeration and Fish Company with the intent of furnishing cheaper ice to the fish industry and then manufacturing fertilizer from trash fish.   The large plant was built in 1902 (looks as though from photographs that the remnants of the earlier plant were likely incorporated into the larger structure).  Then at the harbor near Berry a fertilizer building was constructed to process the fish for fertilizer.

This company failed to go into production and the building was abandoned and eventually torn down by the city after a small boy was killed by a timber that fell from the remains.  Remains of pilings on which the fertilizer plant rested can still be viewed near the Boat Club clubhouse on the bay. ( See earlier post about those remnants)