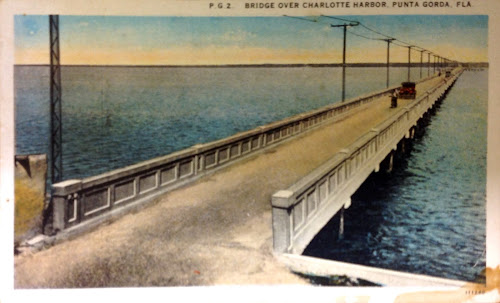 On the morning of July 4, 1921, John Hagan was the first man to drive an automobile over Charlotte Harbor Bay.  He led a parade of vehicles over the new bridge that crossed the Harbor at Sand Point in Charlotte Harbor to Nesbitt Street in Punta Gorda.

In 1915,  Hagan was an early promoter of a bridge over the bay and a road that would connect the towns of Southwest Florida ultimately to Miami on the east coast. Hagan was supported by Senator F. M. Cooper, J. E. Bowdoin, Attorney J. H. Hancock, Clay Chadwick, A. F. Dewer and H. R. Mauck and many other local civic leaders. That same year,  a  group of businessmen from Fort Myers initiated a concept to construct a road from Tampa along the winding Southwest coastline and then across the Everglades to Miami.

The highway met both political and financial roadblocks.  Conflicts over the exact route ensued as various cities vied to have the road pass through their locations.  There were two possible routes; one from Tampa to Arcadia, which was a hub of the state at the time, then southeast directly to Miami. The other route meandered along the scenic Gulf Coast to Naples, where it hooked to the east, cutting through the Everglades to the East Coast.  While in many ways the direct route made more sense, cutting across the state through Arcadia skirting the northern part of the Everglades, that route didn't have the backing or the businessmen eager to bring tourists and their money to the shores of Southwest Florida.

It was still facing financial difficulties when a developer named Barron Collier contributed one million dollars of private funds.  Collier, of course, had his own motives.  He was the owner of extensive amounts of land at the tip of southwest Florida.  He was able to exert disproportionate influence over the selection of highway routes, county creation, and got the state to name a county after him.

Punta Gorda won its place on the highway by agreeing to fund and build a connecting bridge over the Peace River. Various road-and-bridge tax districts were established for the purpose. Punta Gorda and Charlotte Harbor issued $200,000 worth of bonds. The bridge opened on July 4, 1921 to great fanfare.  Over 6,000 people attended the celebration and fish fry on the harbor and many cars crossed the harbor that day to christen the new bridge.  Much like the railroad when the town was first born, it was anticipated that the new road would bring economic prosperity to the city. 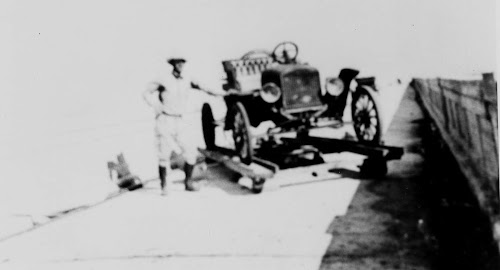 But, despite all the efforts, construction of the trail faltered as builders tried to build a roadbed into the Everglades.  By April of 1923, many residents thought the project was doomed, until a group of 23 daring West Coast civilians with two Seminole guides decided to cross the swamps in a motorcade of one truck, seven Model T Fords, and an Elcar. These “Tamiami Trailblazers” reached Miami and affirmed the viability of finishing the trail.  The following  year the Florida State Road Department incorporated the Tamiami Trail into the Florida Highway System.  The road was officially opened in 1928. 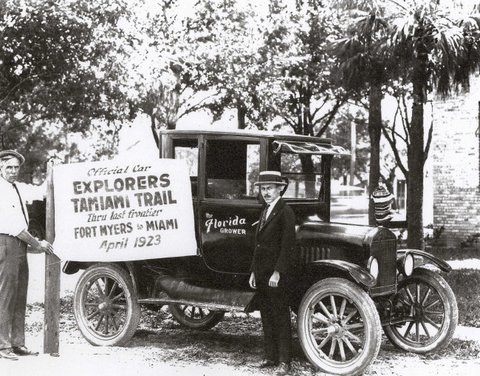 As for the 1921 bridge over the bay, once the Tramiami Trail  was open, it became apparent that this first bridge, which was disintegrating because of the sand and sea water base of its concrete and its far too narrow width, would need to be replaced.  It was in 1931 by another bridge, the first Baron Collier Bridge.