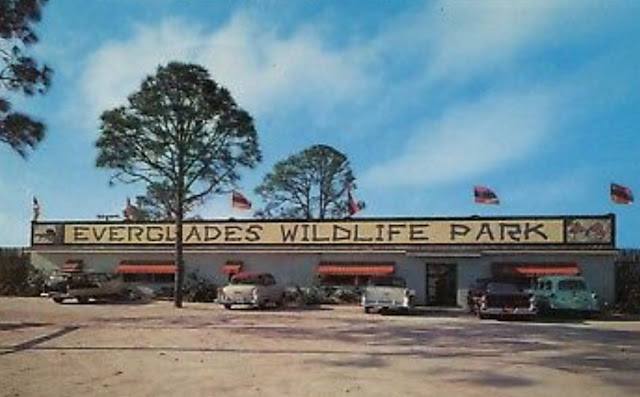 From its earliest days as a destination, Florida promoters employed the myths and legends of Florida, such as the Fountain of Youth, to lure visitors to the state and its attractions.  After World War II this exploded with roadside attractions throughout the state.  Many of these involved wild animals – alligators, snakes, and other creatures.  Punta Gorda had its own such attraction – Everglades Wildlife Park which opened right outside the city limits (near where the Dunkin Donuts is today). 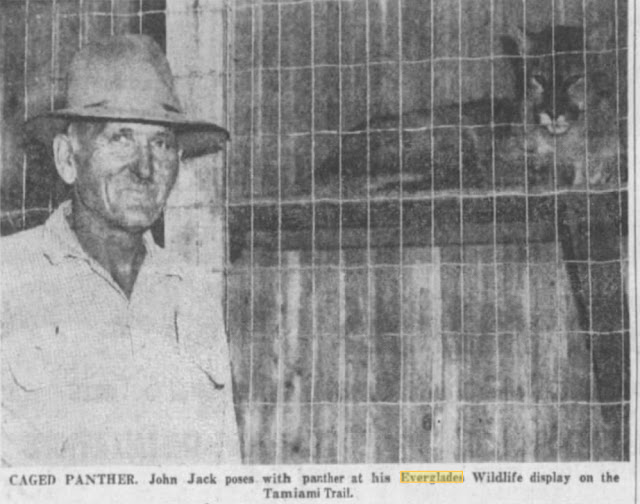 Owned by John R. Jack (who was also a county commissioner) and his wife Edna, the park was an immediate hit.   One of its major draws was a tank with manatees, one 1200 pound, 10 feet long.  Another was a deadly, bright red coral snack.  There was also a panther that pointed like a bird dog that Seminole Indian friends of Jack’s captured for the zoo. 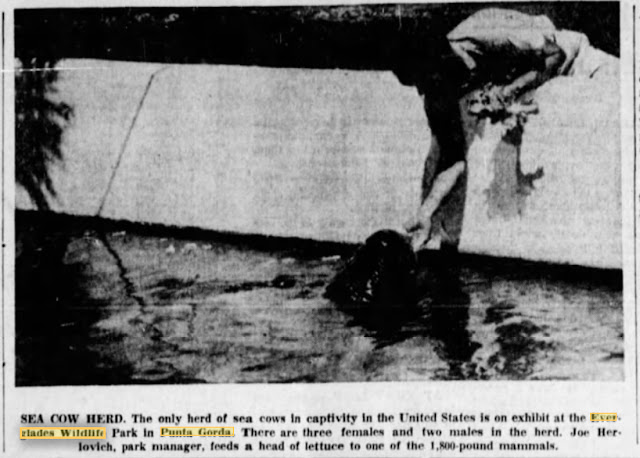 Controversies about the park arose when Jack, a former circus manager himself,  began to bring wintering circus animals to the park.  Swede Johnson, a famous animal circus trainer of the day who resided in Punta Gorda during the winter kept several of his animals at the zoo during the winter including elephants, lions and bears.  The park had been incorporated into the city by that time and an ordinance forbad such residence.  John Jack and later Edna ended up in jail for continuing to house them.  It was finally resolved after John Jack’s death. 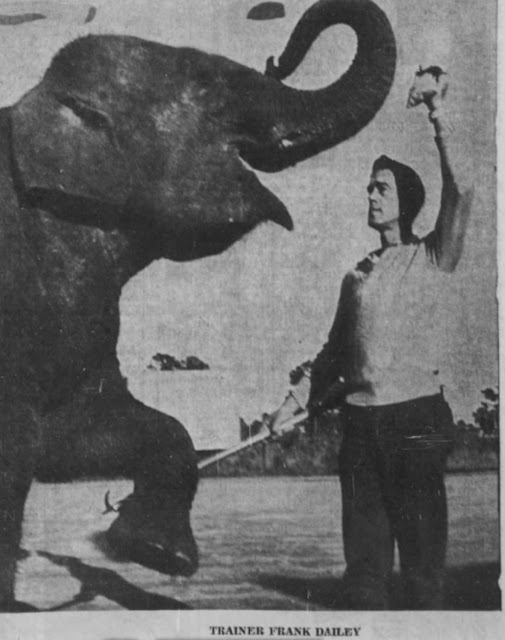 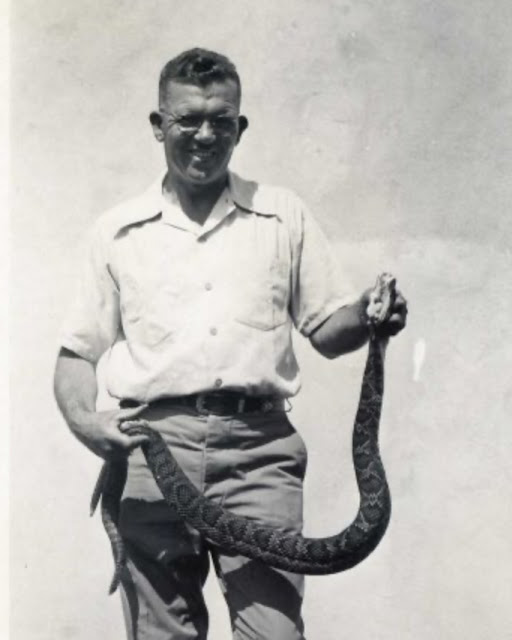 Email ThisBlogThis!Share to TwitterShare to FacebookShare to Pinterest
Labels: zoo