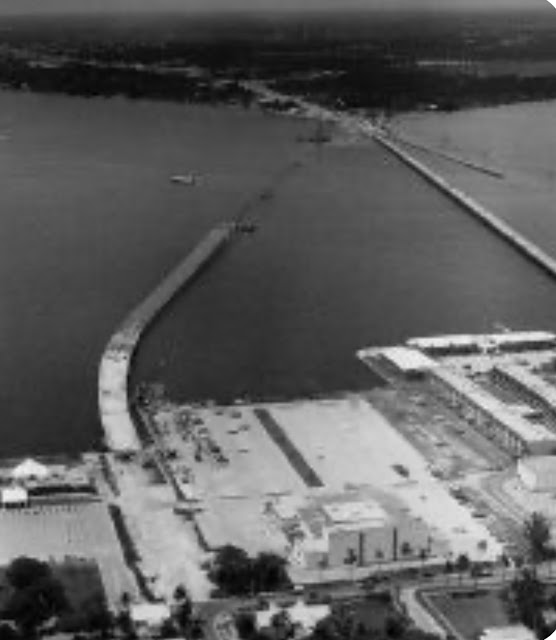 The Gilchrist Bridge was built over Charlotte Harbor Bay in 1976 and opened to southbound traffic on August 31 of that year.  In the aerial you can see the old Charlotte County Memorial auditorium to the right of the bridge being constructed with its parking lot right in the harbor next to the bridge. In the left,  you can see the first Holiday Inn built there in 1967 (now the PG Waterfront Hotel).  Further to the right past the old event center was the Howard Johnson.

The bridge was named for Governor Albert W, Gilchrist, a pioneer Punta Gorda’s who became a governor of. Florida.  Albert W. Gilchrist was not the only name considered for the southbound bridge at the time of its construction. Also on the running were Juan Ponce de Leon was suggested as well as Phil Laishley, a former Punta Gorda mayor. "Bicentennial Bridge" was another suggested name due to the bridge opening in 1976.

The plan had been for dignitaries to parade across the bridge at 7 a.m. on August 31, but some locals anxious to be the first to cross removed the barricades and cars starting streaming across before dawn.
More on the history of Punta Gorda’s bridges. 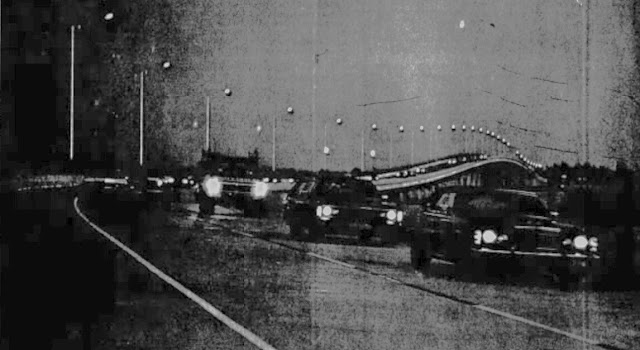