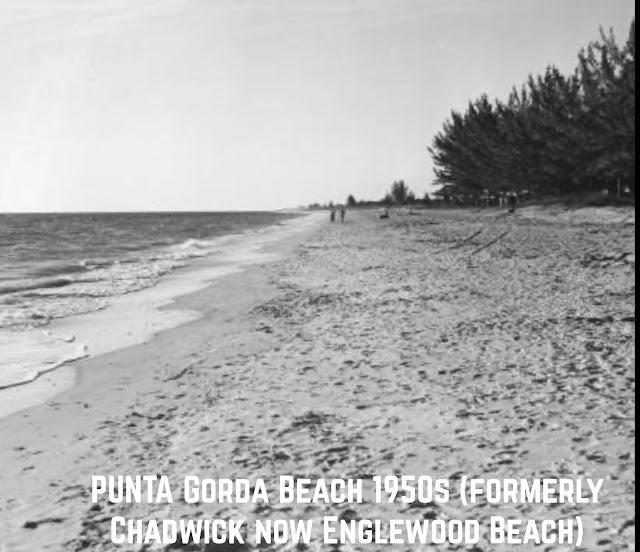 There was once a Punta Gorda Beach on the gulf. In the 1930s the Charlotte County chamber was looking for ways to draw more tourists to the area. An investor in the then Chadwick Beach now Englewood Beach wanted to sell and rent cottages on that beach to more affluent Punta Gordans. Punta Gorda Beach was born and for more that twenty years became the go-to-the-beach experience for local Punta Gordans. Day trips, group picnics and shore vacations were regularly announced in the local paper much like Facebook posts of today. Many prominent families owned cottages there.

Chadwick Beach was originally developed by the Chadwick Brothers who had substantial business interests in Punta Gorda.  In l898 Steve Chadwick came to the Lemon Bay area with his brothers, Clay and Hubbard, to buy the Dishong fish camp. Fishing in Lemon Bay was outstanding. The brothers caught more fish than they could process. So in l90l they started the Chadwick Fish Company at Punta Gorda where there was a railroad connection from which fish could be carried north.  The brothers had two large schooners, the "J.W. Booth" and the " America," and two smaller sharpies, the "Ray" and first the “Mystery” then the "Iris." The Iris built in 1919 to replace the Mystery was a 60 feet power- engine vessel with a 13 foot beam and capable of carrying 40,000 pounds. It ran fish catch from Stump Pass to their packing house in Punta Gorda, located on the city's railroad dock at the foot of King Street (now Tamiami Trail, U.S. 41 north.) 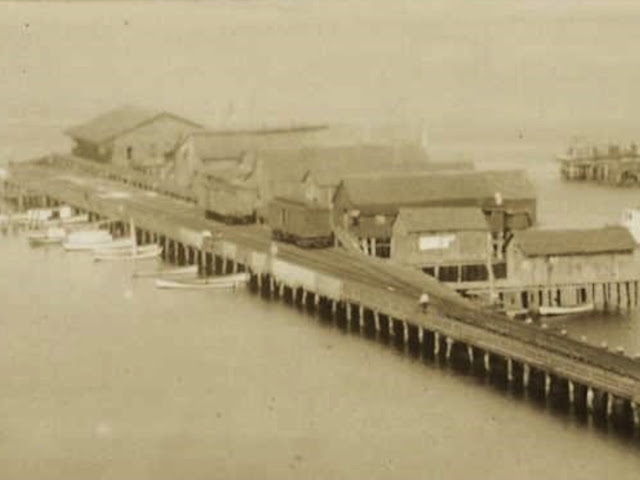 When the demands of the fish packing operation became overwhelming for his brothers, Steve (SJ) Chadwick moved to Punta Gorda to help with the packing house business.The brothers also owned a boat shed at what is now Laishley Park and a dry goods store on Marion Ave. Both Steve and Clay Chadwick became very prominent citizens of Punta Gorda Clay,  was a city councilman, and both brothers were directors of the Punta Gorda National Bank. One of Steve’s investments was the construction of the building that now houses the Celtic Ray.

But back to Punta Gorda Beach, the Chadwick’s, in 1926, moved back to Lemon Bay and started developing the beach.  The Chadwicks built a "pavilion" on the beach which offered groceries, gasoline, dressing rooms and showers. A fee of 10-25 cents was charged for use of the dressing rooms and a wire basket in which to check street clothes. A large, open-sides second floor was a popular spot for Saturday night dances. A third flour was added later but not used. 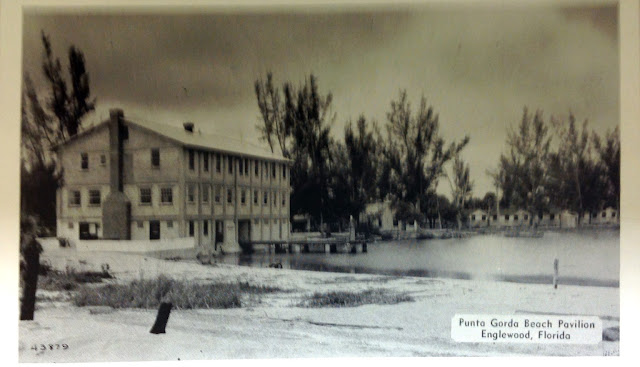 The Chadwick’s timing was bad and the development was failing. In the 1930s and a man named Lou Woods bought the Chadwick beach plat to develop.  (He converted the pavillion to a casino. A large, open-sides second floor was added and became a popular spot for Saturday night dances. It was largely lost to a fire in 1945 and from the remnants in 1958 a restaurant was built which is now (back to its original name) the White Elephant.) 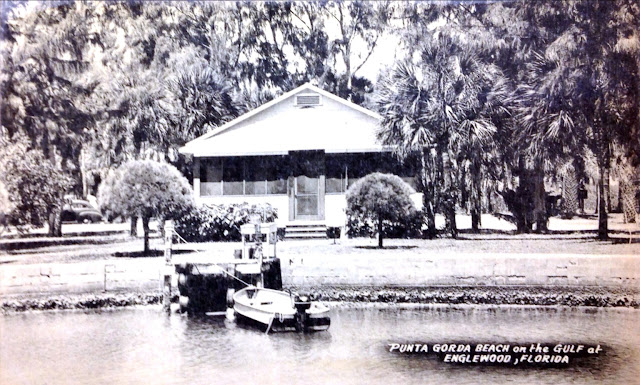 Woods tried to sell land and cottages at the beach but was failing.  He then worked the deal with Charlotte County to help sell the land if it were renamed “Punta Gorda Beach.” Other renditions say it was leased to the County. Whatever the reason, this enabled the county seat in Punta Gorda to advertise at the 1933 Chicago World Fair that it had a beach on the Gulf of Mexico. The fact that the city and beach were 27 miles apart was not mentioned. 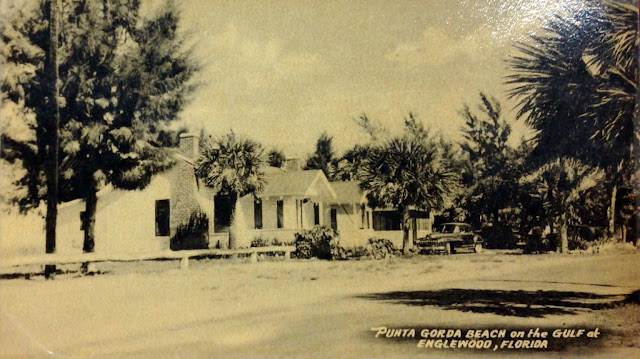 For years Punta Gordans made daytrips to their beach on the gulf.  They partied at the pavillion, held barbecues on the beach, swam, boated, and fished.  Many families owned or rented bungalows for a week or month or more.

By the 50s the Englewood area was growing and residents wanted the adjacent beach renamed to reflect its location and their community.  At the same time attempts were being made to incorporate Englewood and combine the Charlotte County and Sarasota sections. While the incorporation didn’t happen, it was agreed to change the name to what it is today Englewood Beach.  Punta Gordans agreed that a beach twenty plus miles away from its namesake didn’t make much sense. Punta Gorda Beach faded into history.
at 7:38 AM