The Herald Building Once on the Corner of Marion and Taylor

Fires involving wood buildings were frequent in the early 1900s throughout the United States. In Punta Gorda one of the bigger fires at that time was a 1905 fire that destroyed an entire block in the business district on West Marion Avenue.

Rebuilding the district took several years. One of the first buildings to be constructed was the two-story stucco building at 149 W. Marion Ave. believed to have been built in 1907.  A picture of the building in Vernon Peeples book, Punta Gorda and the "Charlotte Harbor Area - A Pictorial History," shows the building in 1907.

The building was constructed to house the Punta Gorda Herald and retail stores on the first.  A dry goods store owned by the Chadwick Brothers occupied the first floor for a time.   The newspaper moved into the second story of the building, but the large presses used to print the newspaper, made such a racket that the whole building shook. The Herald then built a little building in the alley way (Herald Court area) for the presses.

About 1913 the Punta Gorda Herald relocated and the second floor was leased to the Inter-County Phone Company, while the first floor housed a drug store and Cooper’s Hardware Store on the corner.  According to Byron Rhodes’ book a pool room occupied part of the space around this time.

Various businesses occupied the space over time. In the late 1920s Fred Quednau opened a luncheonette on the first floor of the building.  Fred's Quick Lunch closed around 1938 and J.T. Lawhorn's Grocery moved in. Tosie Quednau Hindman, the daughter of Fred Quednau, worked at Lawhorn's during World War II.  She also worked next door at her Uncle Bill's Bar.

For many years the second floor of the building was vacant. In 2002 the first floor was occupied by Kountry Klub Kollectibles.   The building was badly damaged in Hurricane Charley in 2004 and torn down shortly thereafter.  Today there is a vacant lot there. 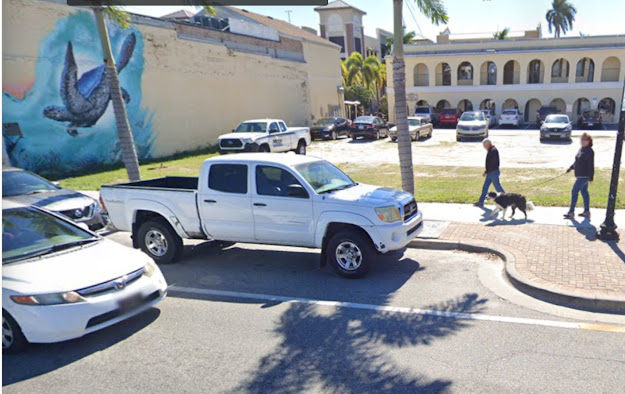 (From the research notes of Vernon Peeples, recollections of U.S. Cleveland as reported in an article by Ann Henderson, Herald Tribune 2002, Byron Rhode's Punta Gorda Remembered and photo collection held at the Punta Gorda History Center)