The House that Abe Built 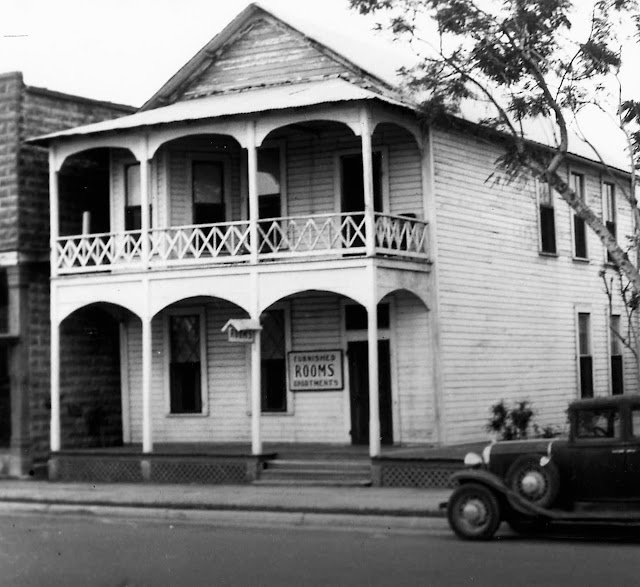 It was 1887 and Epfraem Goldstein had moved to the new town of Trabue to start a new life for his family.  He had a store built at the corner of Marion and Cross, where Cubby's is now.  Soon though he wanted his family to join him.   So, he hired carpenters to quickly build a house, the first one built in the actual town.    Two hundred men built it in one day.

Labelled the Pioneer House, the building served both as a restaurant, boarding house and home to Abe, his wife, Friederike, and son, Harry.   A story told says as Abe and Issac Trabue got on in years the animosity between the town's founder and Abe grew.  To the point that Abe would curse Trabue every time he passed the house.   One day, Trabue tiring of this, the legend goes, threatened that he would kill Abe if he cursed him again.  Abe ran in the house, fearing Trabue's threats, Trabue fearing Abe was going for a gun ran in the other direction.  From then on, Abe never cursed the founder again.

The house fell into disrepair and was condemned after standing 81 years.  The house built in one day, was torn down in three.