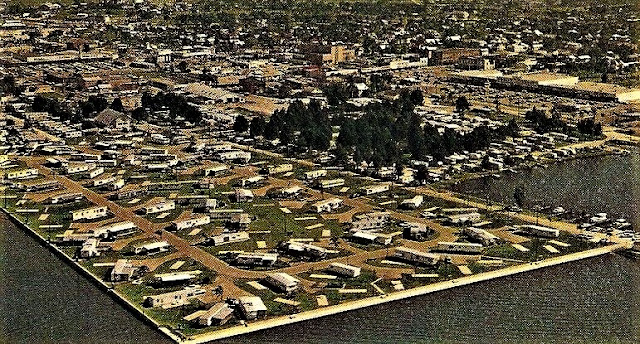 The mobile homes like ones that were blown up during Hurricane Charley were the descendants of the old, jerry-built encampments of the "Tin Can Tourists" of the 1920s and 1930s, a peculiar phenomenon that helped populate Florida.   The first mobile homes were just tents attached to wooden trailers that were dragged by autos of the time. The tourists  got their "tin can"  name, not from their trailers, but from the canned goods they lived on all winter: potted meats like corned beef, Vienna sausages, baked beans -- the same sort of victuals hurricane victims live on today, during the inevitable blackouts.

The northerns frequently camped out  the winter with their children who were sent to the local schools for as little as fifty cents a week.  Because these tourists were not the kind that spent money to help the local economy, they weren't always appreciated.  Old-timers have many stories of the early snowbirds freeloading on local merchants' generosity.

But apparently Punta Gorda government did appreciate and see the value of the annual migration. The City built an assemply  hall where recreation activities could be held, built docks for boats and most impressively situated the camp for the tourists on perhaps one of the most beautiful spots in town -- right on Charlotte Harbor Bay.   Today that spot is where Laishley Park juts into the harbor and Laishely Crab House looms over the Marina. 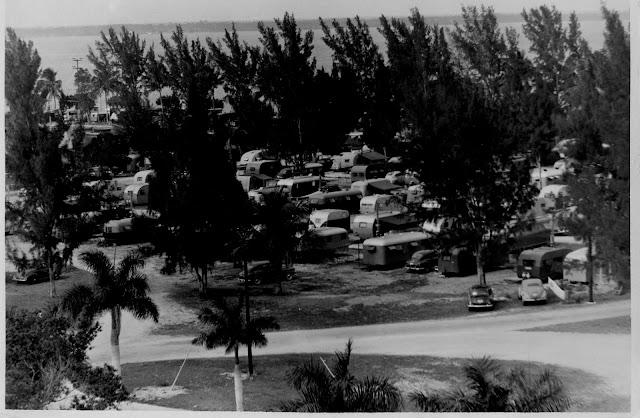