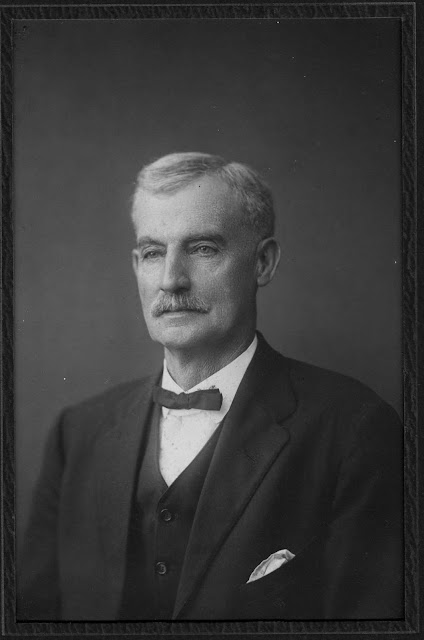 Senator F. M. Cooper was one of Punta Gorda’s most prominent citizens who owned several businesses, organized a major bank, and became a Florida State Senator. Senator Cooper was one of the leaders who drove the division of  DeSoto County to create Charlotte County.  Unfortunately, he died in 1921 shortly before Charlotte County officially came into existence and never saw his vision become a reality.

Also known locally as Captain Cooper,  Frank Marion Cooper  was born in Fernandina, Florida on March 19, 1853 to James Gignilliat Cooper and Pharaba Jane Vaughn Cooper. As a young man he operated a freight-carrying business, running schooners between points on the gulf coast from Cedar Key to Key West.   An imposing six feet, four and a half inches tall, Frank Cooper was widely known for his self-confidence, courage, nerve and marksmanship.  As a leader of a citizens’ posse in 1883, Cooper effected the capture of the chief of the murder clique known as the Sarasota Vigilantes.

In 1898, he came to Punta Gorda, purchased 60 acres of land for a farm two miles south of the then town, and became a farmer and businessman.   His businesses included a hardware store on Marion Avenue depicted in many of the old street scene photographs of the time.

He became tax accessor for DeSoto County, a position he held for a decade, and then in 1915 he was elected to the Florida State Senate and served for two terms.  He was the first to suggest the construction of a coastal road from Tampa to Miami, making him the father of the idea for the Tamiami Trail.  Always a proponent of dividing DeSoto County to form a new county with Punta Gorda at its core, he was later re-elected to the state senate and became instrumental in the movement which created Charlotte County.