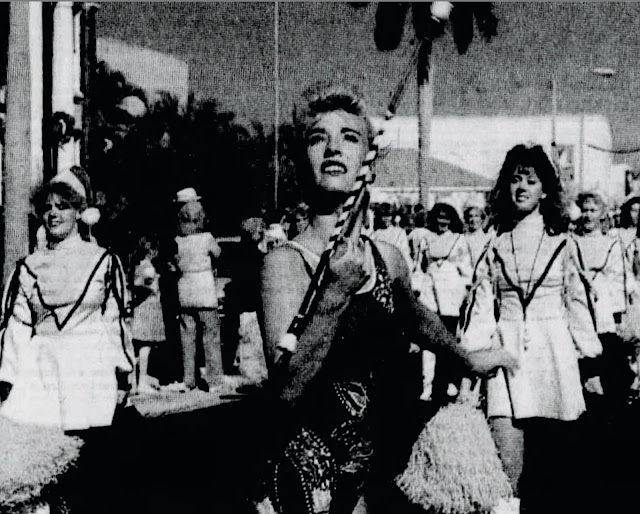 Tomorrow is the 39th annual Charlotte County Chamber Christmas Parade. It  will march from the Charlotte Performing Arts Center (at Charlotte High School)  through to downtown Punta Gorda to the Event Center.

While Punta Gorda had Christmas parades prior to 1979, the first one sponsored by the Charlotte County Chamber took place that year.  It commenced on Marion Avenue on a Friday night and moved down Marion to Henry, onto Shreve and Maud Street and back to Marion to its starting point.  Fisherman's Village, Faucett Hospital, the Cultural Center  and other local businesses had floats based on themes like "O Little Town of Bethlehem," "Toyland," and "Sleigh Ride."  For a time the parade alternated between Port Charlotte and Punta Gorda, but for as far as we can determine its been mostly in Punta Gorda.

One of the largest parades, and perhaps the largest, was in 1987, for the Centential year of Punta Gorda. The grand marshalls were Gussie Baker and Cathy Johnson.   A photo of the Charlotte High School Band passing the Court House on Taylor that year is above.
at 1:36 PM 0 comments