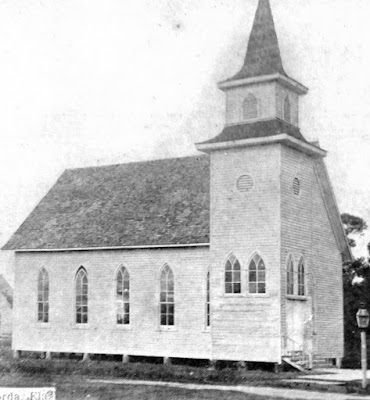 The Baptists celebrating their 130th anniversary this month were the second religious group to organize as a congregation in Punta Gorda. Initially, the townspeople worshipped together at inter-denominational services held at the community center that Isaac Trabue had built as a combined school and church. But by 1888, the Baptists began organizing their group as a separate church worshipping at rented quarters above a livery stable. Baptisms were conducted in the harbor near Sullivan Street.

The original congregation consisted of nine members. Among them were James L. and Mary Sandlin, James M. and Martha Sandlin Morgan, and Mrs. Nancy Linquish. Sandlin and Morgan donated to the Baptist congregation, two lots for a church to be built on the northwest corner of Cross and Olympia streets. The lumber for the new church was supplied by Morgan who operated a sawmill on Taylor Road near Alligator Creek. By 1893 the first issue of the Punta Gorda Herald noted that there was a Baptist Church Building. It was also noted in the Herald of that year that Rev. T. J. Sparkman, pastor, conducted services every first and third Sundays.

Over the years the Baptists added Sunday School rooms, a kitchen and dining room. Still the original church building proved too small for the growing congregration. In 1962, a larger sanctuary and attendant facilities was built at its present site on Gill St. The Crosland Chapel and Sunday school
were dedicated January 28, 1962. The old pastorium was moved to the present site, but later torn down. With completion of the Crosland Chapel, the Cross Street and Retta Esplanade properties were sold to the Golden Rule Rebekah Lodge 60.  It later became a bridal shop and was ultimately lost to Hurricane Charley. 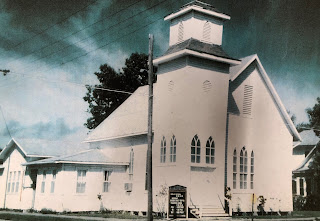 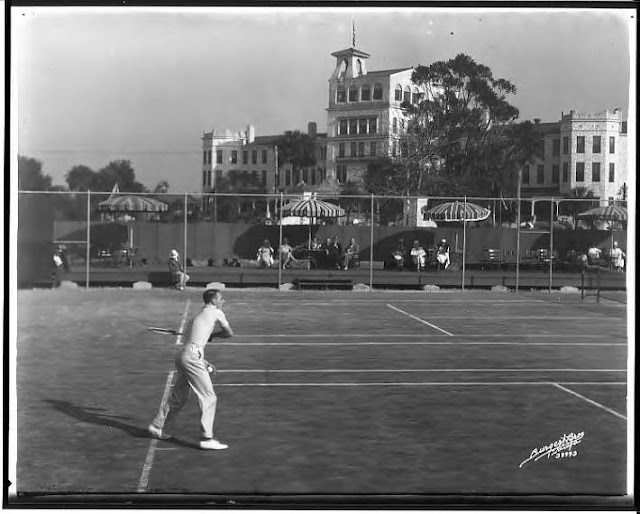 William Tatem Tilden II , called  "Big Bill", was born on February 10, 1893 - over 125 years ago this coming week. Considered one of the best tennis players of all time, he was the world's number one  player for six years from 1920 through 1925 winning 15 Major singles titles including ten Grand Slam events.

In 1920, Tilden became the first American to win Wimbledon.  He also won a record seven U.S. Championships titles, and dominated the world of international tennis in the first half of the 1920s, and during his 18-year amateur period of 1912–29, winning 138 of 192 tournaments. In 1929, Tilden became the first player to reach 10 finals at a single Grand Slam event, which remained a record until Roger Federer reached his eleventh in 2017.

In 1931, Tilden needing money turned pro, and was snared for a tournament in Punta Gorda by Barron Collier.  Collier was the largest land owner in Southwest Florida. He had  invested millions of dollars to transform and in development of  the wilderness, including drainage of the Everglades and construction of the Tamiami Trail.  In 1924 he purchased and later remodeled the old Hotel Punta Gorda and reopened it as a grand renaissance-style Floridan hotel to which he hoped to draw famous sports legends of the time to garner prestige for  the area. As part of his development of south Florida, he planned to make Charlotte County the sports center of the south during the winter season.  He had had new tennis courts constructed at the hotel which cost him $15,000 (almost $250,000 in today's dollars).

Tilden played his first professional tennis match in Punta Gorda on February 2, 1931 beating Francis T. Hunter 6-3, 6-4.3-6, 7-5.  Later in the exhibition event, he went on to defeat Emmett Pare to win the prize money.  The court area had seating for over 600 people and buses brought people from Palm Beach, Tampa and Miami to watch the games.