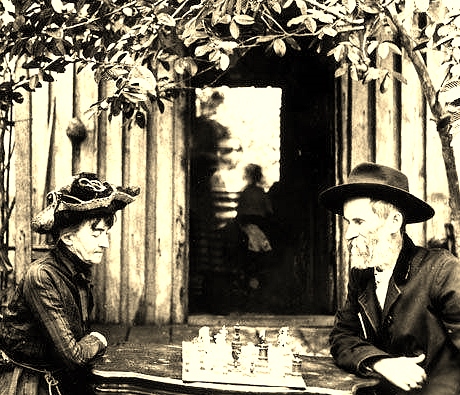 Isaac H. Trabue, the founder of the town of Trabue which became Punta Gorda, was born in March 25, 1829 (some reports say 1831) in Russell County, Kentucky. Of French Huguenot descent, he was the grandson of an American Revolutionary hero, James Trabue. He served in the Civil War on the side of the Union under Generals Sherman and Anderson. After the war, he became a prominent lawyer and politician.

In late middle-age, Trabue began investing in land on Charlotte Harbor, in the early 1880s, using seed money from legal fees. Trabue purchased his land, sight unseen, through John Cross, a real estate agent living at Liverpool, Florida at an average price of $1.25 an acre. In 1884, through Cross, Isaac hired Kelly B. Harvey to survey and plat his land into a town to be named after himself, Trabue. Harvey's sketch was sent to Kentucky for Isaac's approval, and the latter, accepted the layout. He also urged Cross to begin selling lots. On February 24, 1885, Harvey recorded the plat at Pine Level, the county seat of Manatee County. To bring more value to his holdings, in 1885, Trabue negotiated a deal to have the railroad come to his town. He agreed to give the Florida Southern one-half of his land holdings at Trabue for the railroad to locate its terminus there rather than Hickory Bluff across the harbor.

In the fall of 1886, Isaac and his wife Virginia Trabue moved to Trabue, construction of the railroad to Punta Gorda was completed, and work on the new hotel on the harbor which was to become the Hotel Punta Gorda began.

Trabue was a man of contradictions. For example, he was a slave owner, who fought for the union. Concerned about perpetuating his name and those of family members, he gave the town his family name and named many of the streets after relatives (names like Virginia, his wife, Chasteen, his father, Gill, a brother-in-law, Elizabeth, his mother and Marion (also spelled Marian), a sister, and many other family names still adorn Punta Gorda's street signs). Yet Trabue, was not willing to pay Harvey's surveyer's bill or to provide the residents, who moved to the town as a result of his efforts and promotional activity, the basic infrastructure required for the town. In the end this cost him the very name of the town which was so important to him. In 1887, frustrated with the lack of responsiveness to their needs, Harvey and other settlers began discussing incorporation. Then in December of 1887, thirty-four men, including Harvey, journeyed to Pine Level to sign the notice of intent to incorporate Trabue into the City of Punta Gorda.

Isaac Trabue lived in Punta Gorda another twenty years and then in 1907, old and ill, he was returning to Kentucky when he passed away.   Punta Gorda’s birth and development can be attributed to Trabue’s early insight which led to his purchasing and developing the land on Charlotte Harbor and stimulating early settlement and enterprise. Unfortunately, he is not well known today by the citizens of the community, and the only fixtures bearing the name Trabue is a street sign on a small street in the historic district of the City and his cottage and land-office now at the history park.