The Oyster Dock - one of Punta Gorda's many Historic Piers 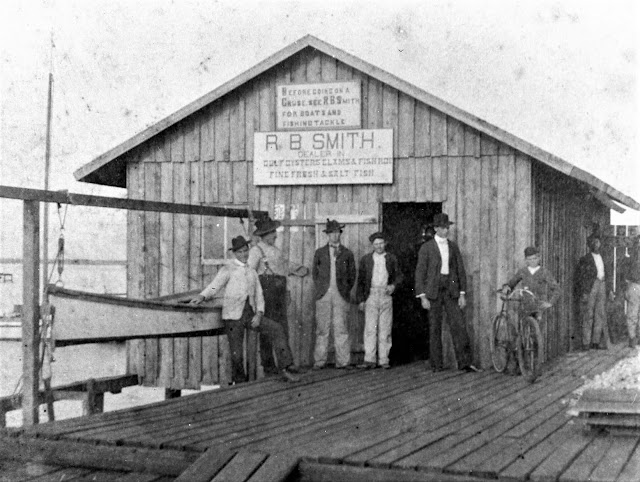 There were many docks reaching into the harbor from the waterfront in the early days of Punta Gorda.  One of these, was the oyster dock, which was located between where the two bridges descend into Punta Gorda today (about where the Tikibar is).

R.B. Smith, a dealer in oysters. clams, and fish roe was located on this wharf.  Oysters, in addition to being an important food source and product, were also used as road paving material.  Marion Avenue, in the 1890s, was surfaced with oyster shells.  Unfortunately, when a fresh batch of shells was applied to the street, swarms of flies were attracted, creating a public nuisance.

Once abundant throughout Charlotte Harbor, oyster reefs that provide a habitat for fish and shellfish, improve water quality, and can help to stabilize shorelines, declined over time to a fraction of their historic extent. It was in 1942 that a decision to build an airfield in Punta Gorda changed the landscape of the town forever.  The United States was fully engaged in World War II, and large numbers of fighter pilots were urgently needed. Florida's flatness and blue skies made for perfect training of the nation's airmen and women.  In those days, there was not yet a separate air force.

Each branch of the military had its own air arm.  In October of 1942, County Attorney Earl D. Farr told the Punta Gorda Herald that an airfield was to be built on 1,720 acres east of the county stockade (prison) then at the corner of Carmelita and Florida streets. Preliminary work began on the airfield that October with major construction starting in 1943.  A road was built to the new field and Punta Gorda extended its water main.  Florida Power brought in electricity and the phone company installed service.

The Punta Gorda Army Airfield was officially activated on September 4, 1943, as a sub-base of the Sarasota base (It was reassigned as a sub-base of the Venice Army Air Field in March of 1944).  At activation, there was a 20-foot tower and one building on site.  At the end of construction in December of that year, there were sixty-one buildings with over 150,000 square feet of floor space.  Housing including 268 hutments.  Units stationed at the base from the Third Air Force included the 502nd Fighter Bomber Squadron, the 490th Fighter Squadron, and the 27th Service Group Detachment.  The base had forty Curtis Warhawk aircraft initially and later transitioned to the North American P-51 Mustang.

After the war, the airfield complex was turned over to Charlotte County by the War Assets Administration.  The first air show at the airfield (still called that into the 50s) was on New Year's Day in 1950.   It featured Betty Skelton who was the US Female Aerobatic Champion from 1948 through 1950.    The Punta Gorda Airport has been home to The Florida International Air Show since 1981. 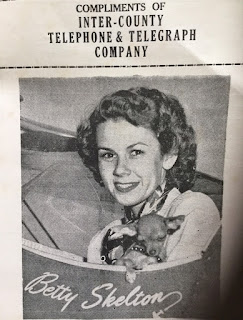 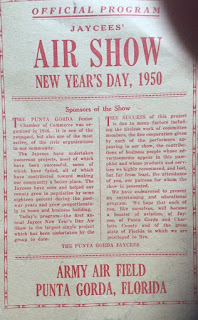 The airport saw no large airline service after the early 1980s.   Airline flights resumed in 2007 when both SkyBus and DayJet began flights at the airport. Unfortunately, Skybus ceased operations on April 5, 2008 and DayJet on September 19, 2008.

Airline service resumed on November 22, 2008, when low-cost carrier Direct Air began twice-weekly service to 10 cities in the eastern U.S. Then on December 2, 2008, low-cost airline Allegiant Air began offering flights to smaller cities. Vision Airlines also commenced flights out of PGA in 2009. Both Vision and Direct Air ceased flights out of PGA in 2012.  However, Allegiant now has flights to over 40 cities through the Punta Gorda Airport.