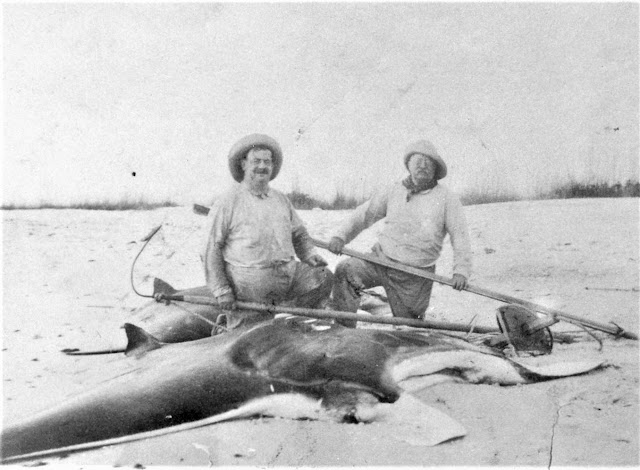 It was over one hundred years ago this month. A few days before America entered the first World War. A crowd of over a thousand people gathereed to enthusiastically welcome the former President of the United States, Theodore Roosevelt, to Punta Gorda. He had come to conquer the “devil fish”.

On their first day, Roosevelt succeeded in harpooning  two “devil fish”, one of small size and the other a huge creature  measuring over twelve feet across. The latter nearly capsized their boat. While here they also explored the surrounding waters, spending one complete day  inspecting the bird rookeries near Matlacha. Captain McCann was their guide and transported the party between Punta Gorda and the inlets and passes of this area.
at 12:18 PM 0 comments