Christmas on the Peace River in 1876. 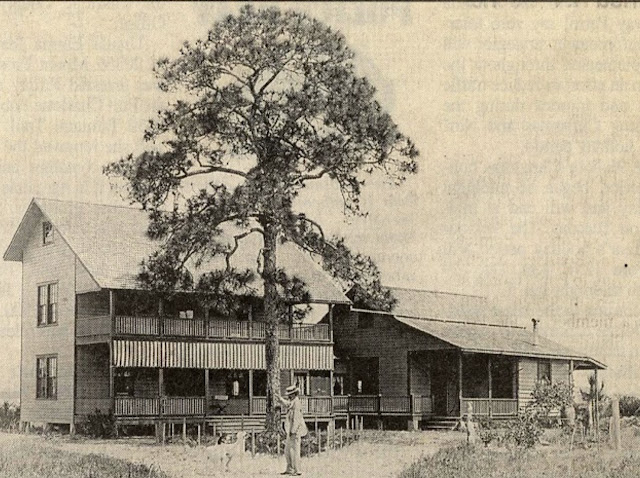 Almost  150 years ago, Frederick and Jarvis Howard built the first homes on the south side of the Peace River, where the Elks Lodge is today. They called their home site Punta Gorda Chica. They celebrated their first Christmas there with their families December 25, 1976.

Jarvis in his diary tells us a bit about that Christmas.

At daylight their little ones were up looking for Santa.  “You never saw such delighted youngsters.  The schooner hit Freddie’s idea exactly.  Phil was wild over his red dinghy [toy boats].  The oranges made their eyes flash.  The molasses cake and popcorn seemed to please them as much as New York youngsters are pleased with greater variety.”. (Jarvis and Brenda had one other child, Hampkin, Frederick and Anna were childless) The day before Jarvis had hunted their Christmas dinner - a large whopping crane.  (Not a bird we would hunt or eat today, but it was the frontier, no Publix or Walmart’s around.)  They prepared it and vegetables on a wood stove.  Fred and Jarvis dressed  up with starched shirts, collars, Fred with black suit, Jarvis a swallowtail and chocker [formal jacket with short front and long back]. Brenda, Jarvis’s wife, “donned her blue spotted dress costing only $1.50” Anna, Fred’s wife had a dress with white collar and cuff which Jarvis noted  was manufactured.

The whooper was their “Florida turkey” and they enjoyed it with five different vegetables, sweet potatoes, beets, onions, carrots and white potatoes.  They used stewed prickly pears instead of cranberries.  They had Indian pumpkin pie for dessert.

Jarvis noted that the thermometer stayed at 85 degrees all day.