Sallie Jones or "Miss Sallie" as She was Called 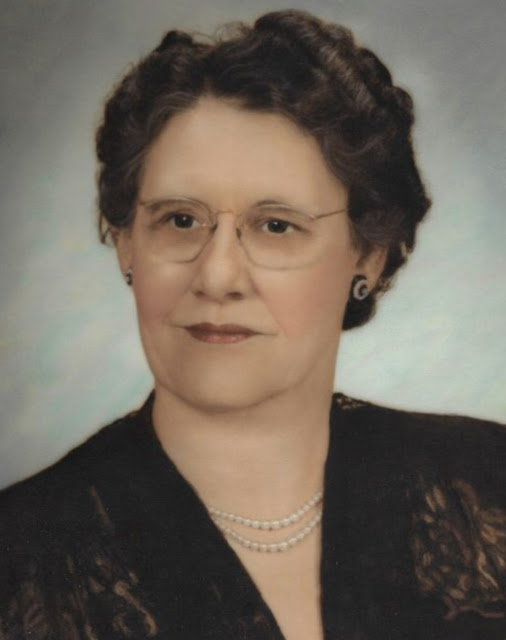 Did you ever wonder about the woman for whom Sallie Jones Elementary School was named?

Born in 1895 Sallie Jones was a descendant of Florida pioneer families.  Her grandfather was killed in a Civil War battle in Tennessee fighting for the Confederacy.  Her father, a tax accessor for Polk County died young in 1898.  Her mother's family, the Koons, were pioneer settlers who traveled from Lake City to Fort Meade by Oxcart where they wrestled a living from the undeveloped country.

In 1901. Sallie came, as a little girl, to Punta Gorda from Barstow with her mother and three brothers following the death of her step-father, Charles Jennings, from malaria. Her widowed mother, Elizabeth Koon Jones,  moved with her three sons and Sallie to Punta Gorda to be near her brother, cattle baron, W. Luther Koon, who had a large home at Charlotte and Sullivan (later moved and still standing at 360 West McKenzie).  The Jones Brothers were to run a meat market on Marion Avenue when they became adults.

Sallie started her education at Punta Gorda's first formal schoolhouse on Goldstein Street. Then, after finishing high school, at the time on Taylor Street, she attained a teaching certificate and started her long career in a one-teacher school in Chokoloskee, then Pine Island.  Ultimately she moved back to Punta Gorda,  first teaching lower grades. then on to Charlotte High School shortly after it opened in 1926.

Always determined to obtain a college degree, during the summer months, she attended Flordia State College, the University of Florida at Gainesville, and Florida Southern College, where she obtained her degree.  Tragically, the love of her life was killed in an automobile accident, and Miss Sallie, as she was called, never married. She devoted her life to the education of children.

In 1936, Miss Sallie was elected County Superintendent of Schools, the first woman to hold that position in the state of Florida. She was interested in the progress of public school education, not only locally, but throughout the state of Florida, and the nation. Among her achievements was the start of the school lunch program in Florida.  She also served as President of the Southwest Teachers Association and on many state educational boards.

When a new elementary school was being erected in Punta Gorda, it was decided to name it in honor of Miss Sallie. She died in 1960 a few years after the Sallie Jones Elementary School opened its doors.

(From information in the archives and library of the Punta Gorda History Center.  For more information on our local history visit the Center at 512 E. Grace Street or on the web www.puntagordahistorycenter.com)