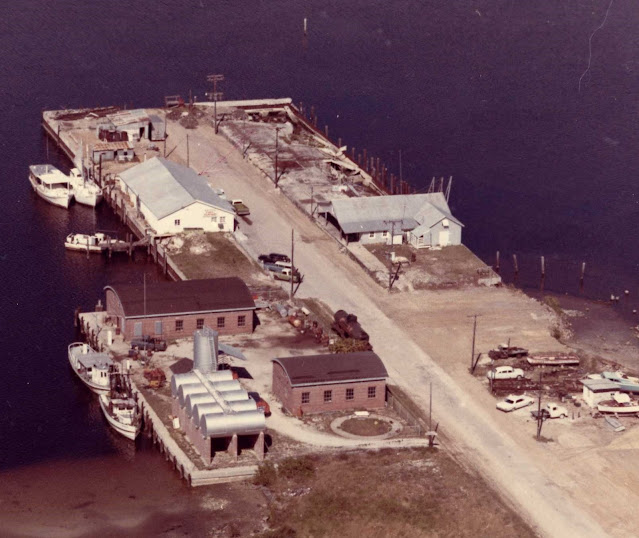 Fishermen’s Village is located on the site of the former Maud Street Dock. The dock was built in 1928 to replace the King Street Pier, home to the Punta Gorda fishing industry. The old pier had been removed to make way for the new Barron Collier bridge.

At one time there were as many as seven companies that operated the fish packing houses on the Maud Street Dock. By the mid-1930s, three packing houses remained: the Punta Gorda Fish Company, the West Coast Fish Company, and the Rose Fishing Company.  The pier was also occupied by the Gulf Oil Company and  Matt Week’s Boat Shop.

Over time the dock and remaining buildings fell into disrepair, and in the late 1970s, the city council moved to permit its reuse as a shopping and dining attraction. In February of 1980, Fishermen’s Village opened on the site.