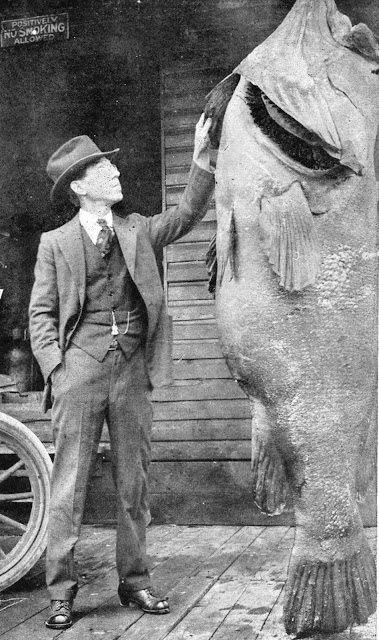 What was said to have been the first big game fish, a silver tarpon, was taken by ordinary rod and reel in 1885 by W.H.Wood. Articles about the feat in the London Observer and Scientific American launched the new sport of big game fishing and attracted anglers from all over the world to Charlotte Harbor.
The sport not only employed hundreds of fishing guides in Southwest Florida, it also created a leisure industry that included tackle shops, hotels, and restaurants. The diversity of sport fish, habitats, great weather, and year-round fishing soon made the Charlotte Harbor area a premier fishing destination. Game fishing was popular with the wealthy from the late 1800s to the early 1900s with Frederick Remington, J.P. Morgan, and several members of the Vanderbilt family among those who came to Charlotte Harbor to enjoy the sport.

Anglers traveled to Punta Gorda by rail and then by boat to the tarpon fishing grounds of Boca Grande Pass.  In 1889,  Scribners Magazine reported that all kinds of fish could be caught off the piers in Punta Gorda. In addition to boats, piers and remnants of old bridges continued to be used for fishing. Over the years, anglers would display their trophy catches on Marion Avenue.